Lean, Six Sigma, and Continuous Process Improvement (CPI) initiatives have great potential but often don't deliver the desired results. Sometimes it takes too long to see the ROI, other times the momentum wanes from lack of project successes and the initiative slowly dies.

What if you could?

ProModel's "Virtual Kaizen" lets you test more "What-If" scenarios of a given project as well as more combinations of projects to give you better, faster results.

What our customers say:

ProModel's Portfolio Simulation Solution was presented at our annual conference... We discovered that we could accomplish with it in weeks what we thought would take months."

These reports, called FCE Discrepancy Reports (DR), and their follow up are a critical part of efficient, safe fleet operations. USA has encountered unacceptable recurring constraints during the FCE DR process that include:

These constraints can interrupt flight training and delay scheduled launches.

By combining Lean Six Sigma methodology and simulation technology USA was able to create predictive data, which helped them determine:

Government and Department of Defense 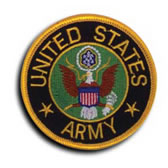 One of the critical functions for which the Army repair depot is responsible is the Paint Shop reset of mechanical items through staging, steam clean, prep, blast and paint. Approximately 11 different items run through the depot's Paint Shop, taking varying times to reset and repaint.

The depot was anticipating increased demand due to the continued high level of troop deployment throughout the world, and needed to know the maximum capacity of items it was capable of repairing for a given month. Anticipating a demand of resetting a minimum of 200 units per month, the depot engaged ProModel to help develop a simulation solution which would give them the capability to analyze their paint shop reset operations.

Then the future state model was used to determine that once the blast booth process was no longer the constraint, labor was the new constraint of operating a system with two blast booths.

With an increase in behavioral health injuries and stress-related disorders due to direct interaction with war-related experience, a medical facility for the US Army wished to improve the treatment and health of soldiers and have them return to full duty more efficiently and effectively. However, wait time for walk-in patients often exceeded 120 minutes resulting in patients leaving the facility without being seen. In addition, patients with appointments were seen once every three months, on average.

Complicated patients were treated in house due to the potential for a Medical Evaluation Board (MEB), while uncomplicated patients were directed to the network so that they may be returned to full duty sooner. Before an MEB decision can be made, patients require 5-7 therapeutic sessions over a period of 8-10 weeks. The existing MEB timeline averaged about 18 weeks. Space constraints also limited the number of providers able to see patients. The facility needed to find a method to improve its system in a low-risk manner.

Live value stream maps using ProModel's Process Simulator, modeled the current treatment process at the medical facility. The team ran several Virtual Kaizens using the simulation capability which proved to be an accurate, low risk methodology tool for analyzing the current state of a Behavioral Health Facility. Sensitivity in the system was identified quickly and the impact of potential changes was easily predicted.

With such clear results, the facility established a triage team (three more resources) from current staffing. This team enabled the treatment of two more patients per hour without hindering current work flow. In addition, patient waiting time has been reduced to less than 30 minutes and there are no patients leaving without being seen.

Further objectives were met by creating the triage team, including reducing patient cycle time by an average of eight minutes per hour, thereby saving 64 minutes per day. Time between appointments was also reduced and patients may now be seen every two and a half weeks rather than every three, thus achieving a 14 week MEB decision point, considerably less than the 18 week previous timeline. This scenario also proved to be the best cost alternative option given space constraints within the facility. Finally, implementing this change revealed better controlled provider utilization times, allowing for the future study, potential reconfiguration, and optimization of the embedded treatment processes in Behavioral Health.

A leader in the design, manufacture, and supply of oilfield equipment had recently purchased land to build a world-class manufacturing facility. The new location would be designed to capture future growth but needed to be sized correctly; not a wasteful over-construction yet not too small at the same time.

The senior executive team thought simulation modeling would allow them to analyze their manufacturing processes, identify bottlenecks, capture productivity improvements, and properly size the new facility. After a lengthy vendor sourcing exercise, ProModel Corporation was selected as the best provider to answer this modeling challenge.

A ProModel senior consultant worked with the engineering staff to build dynamic models of their current production facility and planned future construction.

A major challenge to creating the model was accommodating the tremendous variety of products manufactured. A user-friendly interface for running the model was developed to provide the ability to run any variation of mix/demand against several operational configurations.

The key learnings from the existing facility model were then applied to the new facility design. Alternate facility layouts and new material handling concepts were evaluated to ensure the plant of the future would meet all capacity targets.

This biotech company's only final stage bio-manufacturing facility in the world was struggling to meet rapidly increasing customer demand. Repeated unanticipated production delays and starvations at critical parts of the operation were causing not only late and missed deliveries, but the expiration of batches of product at a cost of approximately $1 million per batch.

The production team at the facility had not been able to identify the root cause of the delays, nor find a suitable solution. As a result, they were planning to invest $1.2 billion to add another 500,000 square feet to the existing biotechnology bulk manufacturing facility.

They needed a solution to understand the best course of action to fix the manufacturing problems. The major objectives were to:

The client project team, working together with ProModel accomplished the following:

An example output chart which displays the monthly throughput of the current push scheduling strategy compared to two different variations using a pull strategy. The pull strategies clearly improve the monthly throughput. Scenario 2 improves it by two lots per month from 12 to 14. This has resulted in a monthly revenue increase of over $25 million.

A manufacturer's Accounts Payable (AP) Center processes approximately 300 invoices a day. With current staffing and organization, the center was having difficulty getting all the invoices processed on the same day they came in. Eventually, these invoices began building up over time and the company had hundreds stacked up, waiting to be done. This led to vendors not being paid in a timely fashion. The staff also felt unbalanced because of the fact that some were being overworked while others underutilized.

They knew the problem was in the part of the process comprised of two kinds of invoices and staff; regular accounts that had to be inputted by the 3 input staffers and 4 Payment Invoice Processor (PIP) accounts staff. The PIP staff handles the larger, more company specific accounts. This led to some staff being overused and some underused. Many times, the input staff was working overtime while the PIP account staff was being underused. They wanted to study this part of the process in a risk free environment without putting the already stressed AP team members through a myriad of live trial and error staffing configurations, so they used a simulation based predictive analytic method.

Armed with the results of the 5 different solution scenarios, they decided to cross train the staff so that the PIP employees worked on the regular invoices also and shared the work with the input staff, effectively pooling all the resources. Implementing this helped achieve:

This leading manufacturer of aerospace, energy generation, and automotive component systems acquired an enterprise wide license of ProModel’s Process Simulator.  The license was going to be accessed by their certified Lean and Six Sigma Green Belts and Black Belts and Master Black Belts around the globe.  These experts were well versed in Lean as well as Six Sigma DMAIC and DMADV methodologies, but not in simulation technology nor in the best practices of conducting simulation projects.

We worked with them to design, create and implement a custom, multi-faceted training program that consists of the following components:

The training program was organized and structured into an actual curriculum just for them, with assessments and certifications along the way.  This initiative has helped them maximize the ROI from their technology purchase, but more importantly accelerate the results of their Lean Six Sigma Project Portfolio.